This movie won Best Picture and Best Original Screenplay at this year’s Oscar Awards. It was also nominated in four other categories. The criteria that inform the selection of Academy Award nominees and winners has often been the subject of criticism – and sometimes ridicule – the passage of time sometimes throwing in to sharp relief the seeming folly of awarding one particular movie an accolade and ignoring another more worthy contender.
I’m generally of the opinion that the Academy Awards may or may not reflect excellence in the cinematic arts, depending on many factors, most of which I don’t know about – and wouldn’t care to.
But I am interested. I usually watch the Awards Show and, like a lot of moviegoers, form opinions about what might win the big prizes.
This year, I thought it quite obvious that ‘The Revenant’ would do the business. I had seen it, thoroughly enjoyed it and, despite its flaws, given it 5 stars in a mini-review that I did for my Facebook page. Besides, it was Di Caprio’s time. Everyone was agreeing on that.
And on the night it seemed to be going that way. ‘Mad Max: Fury Road’ was sweeping the technical awards but ‘The Revenant’ was picking up the heavy duty gongs; Cinematography, Director and Actor.
And so, when ‘Spotlight‘ was announced as Best Movie, mingled in with the euphoria of its connections, was the surprise and disappointment elsewhere in the audience that ‘The Revenant’ hadn’t been voted Dux of the school.

I think that restraint may be the key to answering that question. Occasionally, when watching a movie, I’m conscious not only of what’s right about the production – but also that it’s not going wrong where I could reasonably expect that it might. Telling a story about a newspaper revealing widespread and systemic child abuse by Catholic priests could be the recipe for an over-the-top, manipulative orgy of rabid polemic and prurient sensationalism wrapped in the diaphanous veil of Hollywood faux morality. But that never happens or even comes close to happening.
Director/writer Tom McCarthy instead concentrates on how his characters – the journalists, editors, victims, informants, witnesses, lawyers, priests, cardinals and other establishment figures – behave; what they do, as the story unfolds. They all, to some extent, react not just as you and I might but they also reflect the ideas of, their history amongst, the powerful institutions that are brought onto the stage by this tragedy. The Church, The Press, The Law but most tellingly of all, The Family.
The revelations are quite shocking. Deeply moving. But somehow their portrayal as quotidian – as everyday happenings; the careful presentation of facts to establish accountability rather than blame; the casual, almost careless, way in which power is used to deter and hinder investigation ; all of this serves to deliver a message that evil does not always come cloven hoofed, horned and reeking of brimstone. Sometimes it resides in the encouraging smile and talc-powdered handshake of someone you instinctively trust.
So that, I believe, is ‘Spotlight’s triumph. The story is told without rancour or blame. Many of the organs of a complex community are involved in its telling and nobody escapes unharmed.
Generally, the acting is of the highest order. Michael Keaton and Liev Schreiber, in particular, are wonderfully credible in their roles as newspaper men. I had some qualms about the efforts made through the script to justify The Boston Globe’s failure at an earlier time, to follow up the same story – but that’s probably a minor misgiving which doesn’t interfere with my opinion that ‘Spotlight’ is a very good movie – one which some might claim is the best movie.

I didn’t have high expectations of George Miller’s latest take on the Mad Max series. We’ve seen so many sequels, prequels and re-makes of other classics that failed, I thought this was most likely to be a desperate but pallid attempt to réchauffé some Mel Gibson leftovers.
Well I was wrong.

Miller’s vision of a post-apocalyptic, sci-fi, chase movie is brilliantly achieved. He creates  a world and characters that exist before we take our seats and continue after we vacate them. The characters and places have a nomenclature that is redolent of Anthony Burgess. Nux and Imperator Furiosa join with Max to liberate the Breeders (The Five Wives) – take them from the Citadel to the Green Place aboard the War Rig. The War Boys and the Bullet Farmer try to stop them. Don’t ask me to explain – see it for yourself.

The pursuit is thrilling, compelling, hypnotising; The levels of imagination and invention creating a new paradigm for all action/adventure movies that follow. But the biggest surprise is how the narrative drive holds up and held me throughout. This is not a chatty movie by any means but the taut script is considered and at times droll. Miller’s actors play their roles, deliver their lines as if their lives depend upon it.

But the best trick of all, Miller’s real triumph, is to transcend the blokey stereotype present in nearly all other chase movies – including Fury Road’s 3 predecessors. This story is about women; Its stars are women. Imperator Furiosa (Charlize Theron) rescues the Wives and is helped by the women of her tribe, the Vuvalini. Max’s story is the back story and Miller directs Tom Hardy in a way that allows his strength – his instinct for survival – to show but never to dominate the story-telling. Good choice.

The movie’s cinematography, sound, costuming, music and editing are all first class and its technical achievements garnered 6 Oscars for its producers. But, for me, George Miller wins the plaudits. His weaving together of the biblical, survival and redemptive themes; His management of the chase sequences; His direction of the actors. To all of this, he brings a thirsty imagination allied to the knowledge of how film works.
I loved every minute.

A Brief History Of Conversation 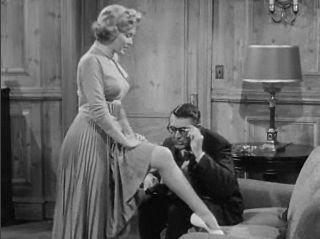 How about those two?
Well okay. But I don’t fancy yours much. But I fancy mine.

My name? Alan. What’s yours?
Gloria.
G -L-O-R-I-A…G-L-O
Never heard that before.
Yeah. Sorry. Where you from Gloria?
West Ham
What’s that like then?
What’s what like?
Living in West Ham
Where you from?
Roehampton
Well West Ham’s probably just like Roehampton ‘cept not as fucking stupid.

What’s yours called then?
Hazel.
Go on.
No really. Never guess what her surname is.
Go on then
Oakes. She’s Hazel Oakes
Fuck off.
Seriously. Showed me her driving licence.
She’s got her own car? Could be called Danny La Rue for all I care if she’s got a car.
Yours got a car?
No –  just an attitude. Probably came in Hazel’s anyway.
Wanna lift then?
You….

How about a quick one then?
Do what?
How about a quick dance?
Right.
What did you think I meant?
You’d be bleeding lucky. No chance.
I’ll settle for a dance though, Gloria. I bet you’re a lovely mover.
Oi! What you doing?
Sorry. That’s my tobacco tin, Gloria. Fancy a roll up?
That’s efuckingnough from you, West London. Here’s my number. Call me next week.

Chicks, eh Mike? Never can tell. You off then?
Yeah. They’re dropping me off. You got some do re mi for petrol?
More front than Blackpool, you. Go on. Here’s a quid.
Cheers. I’ll tell Gloria you’re Sean Connery’s stunt double.
Fuck off.