This movie won Best Picture and Best Original Screenplay at this year’s Oscar Awards. It was also nominated in four other categories. The criteria that inform the selection of Academy Award nominees and winners has often been the subject of criticism – and sometimes ridicule – the passage of time sometimes throwing in to sharp relief the seeming folly of awarding one particular movie an accolade and ignoring another more worthy contender.
I’m generally of the opinion that the Academy Awards may or may not reflect excellence in the cinematic arts, depending on many factors, most of which I don’t know about – and wouldn’t care to.
But I am interested. I usually watch the Awards Show and, like a lot of moviegoers, form opinions about what might win the big prizes.
This year, I thought it quite obvious that ‘The Revenant’ would do the business. I had seen it, thoroughly enjoyed it and, despite its flaws, given it 5 stars in a mini-review that I did for my Facebook page. Besides, it was Di Caprio’s time. Everyone was agreeing on that.
And on the night it seemed to be going that way. ‘Mad Max: Fury Road’ was sweeping the technical awards but ‘The Revenant’ was picking up the heavy duty gongs; Cinematography, Director and Actor.
And so, when ‘Spotlight‘ was announced as Best Movie, mingled in with the euphoria of its connections, was the surprise and disappointment elsewhere in the audience that ‘The Revenant’ hadn’t been voted Dux of the school.

I think that restraint may be the key to answering that question. Occasionally, when watching a movie, I’m conscious not only of what’s right about the production – but also that it’s not going wrong where I could reasonably expect that it might. Telling a story about a newspaper revealing widespread and systemic child abuse by Catholic priests could be the recipe for an over-the-top, manipulative orgy of rabid polemic and prurient sensationalism wrapped in the diaphanous veil of Hollywood faux morality. But that never happens or even comes close to happening.
Director/writer Tom McCarthy instead concentrates on how his characters – the journalists, editors, victims, informants, witnesses, lawyers, priests, cardinals and other establishment figures – behave; what they do, as the story unfolds. They all, to some extent, react not just as you and I might but they also reflect the ideas of, their history amongst, the powerful institutions that are brought onto the stage by this tragedy. The Church, The Press, The Law but most tellingly of all, The Family.
The revelations are quite shocking. Deeply moving. But somehow their portrayal as quotidian – as everyday happenings; the careful presentation of facts to establish accountability rather than blame; the casual, almost careless, way in which power is used to deter and hinder investigation ; all of this serves to deliver a message that evil does not always come cloven hoofed, horned and reeking of brimstone. Sometimes it resides in the encouraging smile and talc-powdered handshake of someone you instinctively trust.
So that, I believe, is ‘Spotlight’s triumph. The story is told without rancour or blame. Many of the organs of a complex community are involved in its telling and nobody escapes unharmed.
Generally, the acting is of the highest order. Michael Keaton and Liev Schreiber, in particular, are wonderfully credible in their roles as newspaper men. I had some qualms about the efforts made through the script to justify The Boston Globe’s failure at an earlier time, to follow up the same story – but that’s probably a minor misgiving which doesn’t interfere with my opinion that ‘Spotlight’ is a very good movie – one which some might claim is the best movie. 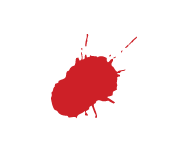