I love the movies so much that I’ve only ever walked out during a screening on two occasions.

The first time was when I was about 13 or 14 and went to see ‘Harold Lloyd’s World of Comedy’. There’s a scene where he’s mistakenly sniffed some ether on the roof of a tall building and then starts clambering around on the parapet. It was more than I could stand (I don’t have a great head for heights) so I walked out.

The second time was at a Wellington Film Society screening of Nagisa Oshima’s ‘The Diary of a Shinjuku Thief’. I was with Pat and a couple of friends and we were stuck in the middle of a row. But this movie was slowly sucking the life out of me, so I got up, shrugged an apology and walked out. Know what? A couple of minutes later I was joined by 20 to 30 other discriminating Wellingtonians who knew the cinematic Sin of Onan when they saw it.

All of which means that in my time I have endured some damned excruciating codswallop in pursuit of the nine muses across the silver screen. And so, another list beckons. But these just aren’t bad movies. Oh no. These are movies from  privileged homes. Movies with big budgets, big stars and big PR. These are very bad movies that told us they were very good. They led us astray with their promise of a good time only to deliver flatulence and flaccidity. Beware the Ten Turkeys! 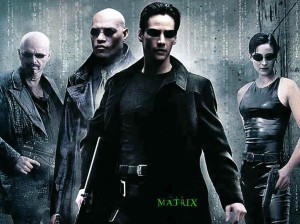 At 138 minutes, this is the longest Coca Cola ad ever made. The Matrix was interesting but borderline pretentious twaddle. This sequel takes it twitching and jerking over the edge. The impenetrable plot, meaning-laden allegories, ludicrous sex scenes and interminable Smith clones would be enough to have you reaching for the party pills – but casting a wooden Indian in the lead, ensures that the faux gravitas –  so necessary to stay onside in the suspending disbelief game – will never be delivered. DVDs should carry a Government Health Warning. 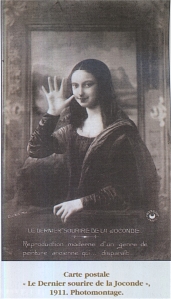 Based on Dan Brown’s best-seller of the same name, the cinema-goer is given an early warning by the presence of the dire Ron Howard as director. The series of implausible episodes that simulates a plot has got something to do with a search for The Holy Grail (Yes – already essayed by the Pythons – but nowhere near as funny as this) and a covert bunch of clerics called Opus Dei who believe the Grail’s discovery will bring about the end of Christianity. Well, I have news for Opus Dei; Rupert Murdoch and Simon Cowell have already rendered that concern redundant.

Poor Tom Hanks does his best but the dreary direction, plodding plot and largely phoned-in performances combine to ensure a soporific outcome. (The makers even refuse steadfastly to make any use of the Paris locations) There is a sequel, Angels & Demons (2009) which I’m told is equally insulting. Avoid at all costs. 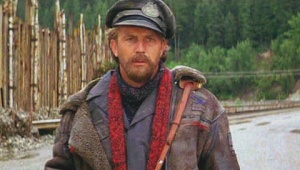 In which Kevin Costner covers up his bad haircut with a bad hat and wanders around post-apocalyptic Oregon, quoting Shakespeare, delivering mail and killing people. Evidently, Costner hadn’t learned his lesson with Waterworld (1995) and was determined to go from simple disaster to utter debacle. Flee for your life.

I have already written about this despicable piece of right-wing agitprop under the title Dirty Harry. And the link will take you there if you’d like to read a more detailed critique. Suffice to say, I disliked this film enough to feel justified in including it here. Its ideological ancestor is Death Wish (1974), Michael Winner’s celebration of vigilante ‘justice’ – which is equally vile.

Ken Russell’s adaptation of The Who’s Rock Opera. It has its admirers and a few infamous scenes – but for me, whatever it may have going for it, the movie runs out of gas and ideas after about 20 minutes. All that’s left then is a garish, wholly excessive testament to Russell’s somewhat confined view of humanity. If you like the music, buy the record, is my advice. I’ve had three attempts to get to grips with this whirligig of a movie. And the pants have been bored clean off me each time. If you’re infinitely patient or your discernment has been brutalised beyond repair, then this may be for you.

A Note From The Author; That’s enough for now, I think.  If I include the other 5 now, I may lose all strength and resolve. So, Part II will appear shortly.