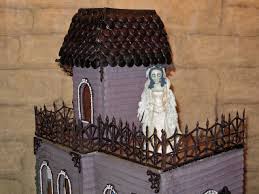 I knew her as Mrs Wraith. Winsome Wraith was her name. She came in the night while I slept and saw to it that I knew of her distress. It seemed to me that her great sorrow defined her existence rather more than her Nantucket provinciality. Living on an island that the native Algonquian people  called ‘a faraway place’ was one thing – but mourning for a man, a mysterious man, who had sacrificed himself to Mishibijiw, the Water Panther, was quite another.

Walter Wraith had courted and married Winsome Coffin in the summer of 1830. Walter was a newcomer and Winsome was old money. Her ancestor, Tristram Coffin, was one of the island’s original owners. A friend of John Smith’s. But Walter had a shaman’s ways and soon convinced his bride to fund the building from live oak of a 300 ton whaler, ‘The Starbuck’ – of which he would be the master.
How do I know this? Winsome has told me of it on those many occasions while I stared up at her from my narrow bed. Stared into those spectral, eternal eyes, framed by a glowing yellow moon. Listened as she paces around the belvedere at the top of the harbourside mansion where I have been transported in my dreams. Listened as she beats her breast and cries Walter’s name. Watched as she arches her body, thrusts back her head and entreats the moon, the unforgiving sea, the dissembling breeze to return her errant husband; restore him to her arms, to her cold bed.

And then she returns. Implores me. Holds out those wasted, pitiful hands. The anguish in her voice cannot be borne. She recounts once more the story of her lost child, William. She describes Walter’s despair. His rage. How he took ‘The Starbuck’ out into the fury of a New England storm. And how she is consigned now to stand duty each night, hopelessly staring at an unyielding horizon, waiting for her love’s return. Her only companion, her dead son, William.

This entry was posted in Literature and tagged Nantucket, Whaling, Widow's Walk. Bookmark the permalink.