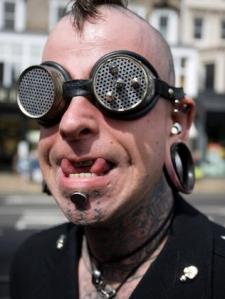 Ng; Thank you for seeing me Your Highness. May I just call you ‘Highness’?

B’Stard; You may. But keep your distance.

Ng; Thank you Highness. In your speech, you stated that some people were born to greatness, that it was not their choice to be great. That greatness was not, in fact, a matter of choice. Greatness is decided by birth and genetics and that one could not choose to become great, no more than one could choose to be an  – and I quote – ‘an illiterate, idle, benefit-dependent, scrounging, work-shy prole.’ Some of your political opponents have characterised that stance as ‘reactionary and extreme’. What is your response to that, Highness?

B’Stard; Well, no argument. They’re right. Reactionary and extreme  are the watchwords of our campaign. Frankly, there’s a lot of mumbo jumbo and shilly-shallying about the natural order of things. Some of us, not many, are born to lead – and the rest to follow. In order for such a small group to succeed, we must adhere to status quo politics in the harshest and most vigorous way possible. I’m proud of that stance.

Ng; Yes, Highness. Indeed, your political career started with the formation of the Tory Pride faction, did it not?

B’Stard; Yes, it did. Unfortunately, our enemies on the City Council saw fit to close down our annual Tory Pride Street Extravaganza last year and denied us an important platform for our message.

Ng; So it had nothing to do with the planned tableaux depicting sterilisation of the poor, adulterous wives in the stocks or deporting Maori back to Hawaii then?

B’Stard; Are you Chinese or something? Thought so. Just stay back with all that garlic on your breath will you. The floats in the parade would only have shown what all right-thinking New Zealanders have clearly stated they want. The Council is dominated by pinkos and homos. It’s common knowledge.

Ng; By homos, you mean homosexuals?

B’Stard; Yes. Those deviant creatures who choose to defy God’s ordinance, to fly in the face of nature and to wilfully visit perversity and decadence on us. Homos – yes.

Ng; So you believe that homosexuality is a preference rather than a part of the human condition, then?

B’Stard; Of course it is. Especially so, here in New Zealand. This is a pioneer country my Chinese friend. Imagine what would have happened if those first ships had arrived full of homos, weirdos and the like. Bloody Maori would still be running the show. No, New Zealand was founded by God-fearing, caucasian heterosexuals. Homos would never have dared raise a limp wrist or an effeminate shriek in protest back then. The place has only gone downhill since the homo fifth column in the Labour Party has taken over.

Ng; So, to be clear then, Highness. One is born to greatness; to rule. But one is not born to homosexuality – one chooses it? 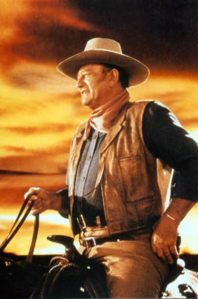 This entry was posted in Blood Pressure and tagged Colin Craig. Bookmark the permalink.