Now that winter has its icy fingers clasped firmly around your neck, I thought it may be as well to sort out a dozen movies, any one of which might provide an enjoyable way to spend a bleak Sunday afternoon.

The Private Life of Sherlock Holmes

Billy Wilder’s affectionate take on the real detective behind the legend. Robert Stephens as Holmes and Colin Blakely as Watson tackle a WWI espionage plot that involves The Loch Ness Monster, circus midgets, spys and Queen Victoria. A curious sub-plot has a Russian ballerina wanting to engage Holmes as the potential father of  their wunderkind child.

My favourite Sherlock movie, beautifully shot with Wilder’s skillful cast perfectly reflecting his playful but fond attitude towards his material.

Master and Commander: The Far Side of the World

Based on 3 novels by Patrick O’Brian and set during the Napoleonic Wars,(moved back to 1805 from the novels’ 1813 Anglo-American War setting, so as not to upset US audiences) Capt Jack Aubrey (Russell Crowe) and Dr Stephen Maturin (Paul Bettany) aboard the Surprise pursue the French warship Acheron.

Director, Peter Weir, has an eye for period detail and directs the action with a sure hand. Nominated for 10 Oscars, the movie won 2 only – the execrable Lord of the Rings sweeping the board that year. Nevertheless, a fine, exciting movie that, for me, was top of the class that year.(2003) 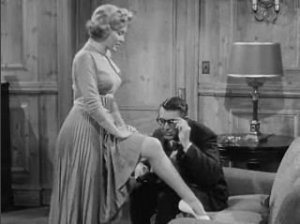 Howard Hawks’ screwball comedy stars Cary Grant, Ginger Rogers and Marilyn Monroe and revolves around an elixir of youth finding its way into an office water cooler. The impeccable cast delivers the one-liners and mugging with gusto and the movie contains possibly the single funniest scene in the history of cinema –  Grant, having regressed to childhood and dressed as an Indian chief, leads the local kids in the kidnapping of his ‘adult’ rival (Hugh Marlowe) who they tie to a tree and…. well, watch the movie. 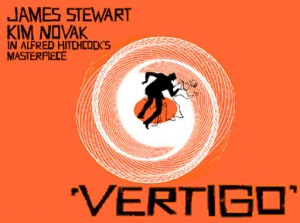 Hitchcock’s classic tale of obsession, set in San Francisco and starring James Stewart and Kim Novak –  Vertigo is an intense experience that quickly draws the viewer into its neurotic world. Fine performances by Stewart and Novak assisted by Bernard Hermann’s haunting score contribute to this enduring masterpiece.(Love Theme from Vertigo was used in last year’s The Artist)

Set in late 16th century France against the backdrop of religious conflict and the St Bartholomew’s Day massacre, director Patrice Chereau provides a densely textured account of intrigue, ambition and passion in a violent time. The seemingly ageless Isabelle Adjani portrays Margot, a political pawn put into play by her Medici mother (Virna Lisi) to shore up the Catholic hold on a France where the Protestant Huguenots assert a growing influence.

Based on the novel by Alexandre Dumas père, the sumptuous set design and visceral narrative provide the viewer with a darkly entertaining movie that clings to the memory long after it has finished.

Enemy at the Gates

Set during WWII’s Battle of Stalingrad, snipers from the opposing Russian and German armies (Jude Law and Ed Harris) fight a duel to the death that resonates on personal, class, ideological and national levels.

The film was criticised, when released, by army veterans in both Russia and Germany for its inaccuracies and some film critics also disliked the introduction of a love interest in the Russian camp (Rachel Weisz). I beg to differ though and for me, the story succeeds because the action is portrayed closely, intimately. The lethal chess game played by the principals is gut-wrenchingly tense, their need for feral companionship all too credible. Compelling viewing. 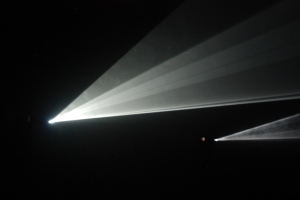 A Note from the Author; Part Deux will follow shortly.

This entry was posted in Film and tagged Favourite Movies. Bookmark the permalink.